Active (unofficially)
The Pan Pacific Defense Corps (abbreviated PPDC) is an organization created by the United Nations. The Defense Corps represents an international alliance of twenty-one countries across the Pacific Rim, bound together by the shared goal of containing, combating and eliminating the Kaiju.

Following the first four Kaiju attacks in San Francisco, Manila, Cabo and Sydney, a conference was called in Seoul, South Korea, on September 15, 2014.[1] The meeting granted Dr. Jasper Schoenfeld an opportunity to present his idea for the Jaegers, prompting the United Nations to set aside their differences and work together.[2]

The Pan Pacific Defense Corps was founded sometime in late 2014. The organization would act as the primary beneficiary of the United Nations, who would fund Schoenfeld and Dr. Caitlin Lightcap's efforts to create the first six Jaegers with the Jaeger Program.[1]

Though they would encounter problems properly implementing the Pons Systems and calculating the required manpower to pilot a Jaeger, they would eventually succeed, urging the Defense Corps to offer their continued support of the program.[1] Once construction of the Jaegers were authorized, each Jaeger mark is built on an annual basis. Their explicit purpose was the defense of various countries and cities bordering the coastlines of the Pacific Ocean from Kaiju attack.

The following year, on November 25, 2015, the first of over eight Shatterdomes and headquarters of the Pan Pacific Defense Corps was established in Hong Kong, China.[3] Within the Shatterdome, Strike Groups are assigned to defend their given city or country's coastline with three or more Jaeger teams.

Though not explicitly a Pacific-adjacent nation, the UK was involved with the Defense Corps by virtue of commonwealth ties with Australia and Canada. They operated a critical oceanic monitoring hub and extensive K-Science research facility on the British-controlled Pitcairn Islands.[4]

During the Kaiju War, the Defense Corps promoted their cause, asking for the support of the public through propaganda. They provided those who volunteered for their cause with jobs in the construction of Jaegers and a chance to enlist in the Jaeger Academy.[2][1]

The Defense Corps also advocated rationing to the populace of the Pacific in order to maintain financial stability. The methods of promotion also included prompting Rangers to make public appearances, raising them to the status of worldwide celebrity. The mass merchandising of both Kaiju and Jaeger through action figures and apparel acted as a boon to the Defense Corps, while at the same time trivializing their circumstances.

For the next ten years, the Jaeger Program would rise to a seemingly permanent status of success and victory against the Kaiju. However, they would cease production of the Jaegers in 2019 with the Mark-5 series.[5]

Unaware of the evolving intelligence of the the Kaiju, the Defense Corps were unable to anticipate the sudden string of victories won by the Kaiju in the years following the Anchorage attack in February 2020. The alarming spike in Kaiju attacks led to the destruction of over twenty-six Jaegers.[2]

The United Nations began working on a colossal coastal wall that would cut the Pacific off from the rest of the world and worked to construct these defenses for the Atlantic.[6][7] The Jaeger Program was gradually phased out; seven Shatterdomes were shut down and surviving Rangers were retired from active combat duty.

The funds once used to support the Jaeger program are instead funneled toward the Anti-Kaiju Wall. The United Nations were confident that the Wall would be more effective than the production of more Jaegers.[2]

However, their belief in the safety of the Anti-Kaiju Wall is proven wrong when a section of the Wall in Sydney is breached by a Category IV Kaiju, Mutavore.[2] The situation prompts the reactivation of Striker Eureka and its pilots, who kill Mutavore. However, the Kaiju's effortless destruction of the Wall sparks worldwide protests against the United Nations and the Wall.

The four remaining Jaegers (Cherno Alpha, Crimson Typhoon, Striker Eureka and Gipsy Danger) are relocated to the Hong Kong Shatterdome where they and their pilots continue to defend China's coastline, operating with only eight months of funding granted to them. Marshal Stacker Pentecost commences an operation independent of the United Nations; a final assault against the Breach to stop the invasion of the Kaiju.[2]

The mission is successful when the combined efforts of the final two Jaegers, Striker Eureka and Gipsy Danger, defeat Scunner, Raiju and Slattern and destroy the Breach using Gipsy Danger's nuclear reactor.[2]

A massive organization, the structure and function of Pan Pacific Defense Corps is not dissimilar from the military. The individual ranked as Marshal was chiefly at the head of all operations concerning Jaeger deployments and liaisons with the United Nations. At least two personnel based positions were classified under the rank of Officer and Ranger.[8]

Over twelve positions were created under the rank of officer, providing individuals of various expertise to aid in the study of Kaiju biology and behavior, while others, like J-Tech, centralized its focus on combat and supportive positions required to rear academy hopefuls trying become Jaeger pilots and the safeguard of the populace in cities attacked by Kaiju. Rangers were required to undergo a long semester of training before being potentially recruited as a Jaeger pilot.[8] 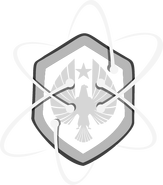 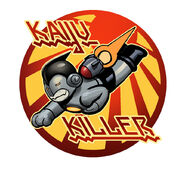 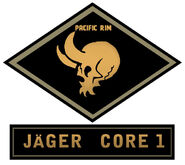 Kaiju remains confiscated by the PPDC 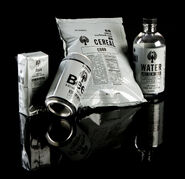 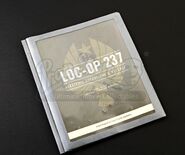 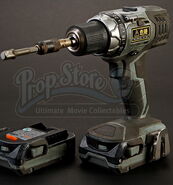 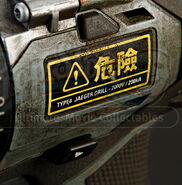 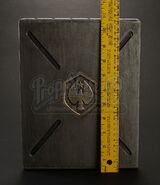 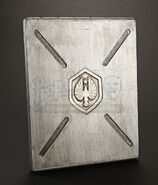 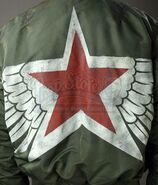 Cadet Uniform (no sweater, back)